Getting the garage back in order, and trained my new manager.
Skip to Main Content 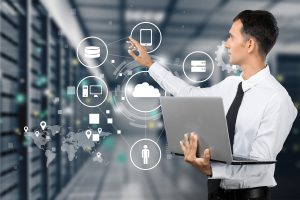 Made a previous post that I lost my manager. Lost my manager for 3 years because I found out that he’s doing side work. The consequence of being hands off it was unfortunate stressful and very emotional.

Had an employee that recommended to me, working for a company for a year. He was doing a lot of managerial stuff. The transition on him in a couple of weeks to be the new manager. Back to where it was but slowly it’s becoming to my attention that the mechanic isn’t very good.

Not getting things done and been going to a new managers act can help coaching. Get the mechanic where it used to be but in some extend its a failure in my part clarifying and training him.

Expectation to the Manager

The past few afternoon I’ve been going in to meet him in the shop and clarify my expectations getting the garage back. Not by nature and organize person to my garage in unacceptable and disorderly. Helping him to organize with the expectation that this is the only time that I’m gonna help him organize.

He has a good attitude, good work ethics and up on time. Need to give my point and give some corrective actions to get him up to speed.

One of the things I’m going to show him is the service autopilot the To Do’s system Getting the garage back because he hasn’t been using that. We have automation set up to schedule work we’ve done on our regular basis he hasn’t been using it. The To Dos has been building up.

Where is for a mechanic I don’t think it comes naturally. It is hard but for me I know that management is not easy for me. My weakness I can do it but its hard for me and everyone has a weakness they cant do. They just teach themselves discipline. Gonna get him to that page that he needs to comply. Gonna be hard for him but he needs the garage clean or its not gonna have a job anymore. Feel free to subscribe at ReadyBusinesssystems.com