Firing someone is never an easy thing to do. It’s uncomfortable for you, even if you know it’s time, and it’s even worse for your employee. But there are things that many employers say that make things even worse. Below are five things that you should never say to someone you are firing. 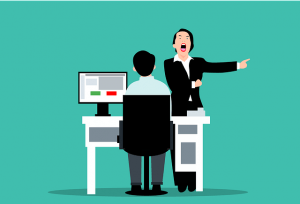 This is Very Difficult for Me.

This is probably the truth. However, your employee’s not going to care. No matter how hard it is on you, it’s going to be much harder on them. Even though to you it feels like you’re trying to soften the blow, your employee probably won’t see it that way.

If you’re feeling bad because you did it, now’s not the time to talk about it. Wait until later.

I Don’t Know How I can Say This.

That’s not the truth. The truth is you’re stalling for time. You shouldn’t imply that the employee needs to feel your discomfort. Don’t wait. Simply get it over with.

We’re Going in Another Direction.

No, you’ve decided that you are firing that employee that is in your office. You’re not a professional sports team firing your head coach. If your job’s done correctly and a PIP has been created, chances are that your employee already knows the reason they are being fired. So tell them the reason as concisely and clearly as you can.

(Insert Name Here) is so Much Better Than You.

The last thing you want to do is to compare the person you’re firing to someone else. You should let someone go because they failed to meet your objective behavioral, target and standard expectations.

Not only that but when you compare employees it could turn something objective into a talk about other people’s performance.

Even though another employee might actually be a lot better than the person you’re firing, the thing that matters is if the employee was meeting their standards.

Tell Me if There’s Anything I can Do.

Now, there are times when you can use this, and your employee might be grateful. For example, if they are being let go because the company is downsizing and not due to a performance issue.

However, if they are being fired, this isn’t something that you should say. Use your discretion.

These are just five things you should never say to someone when they are being fired. Even though you are probably saying them with the best of intentions, they aren’t going to make things any better for your employee and may make their day even worse.