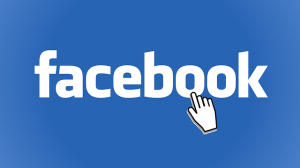 It’s hard to believe that November is already here. With the holidays fast approaching, it’s more important than ever to make sure that you are doing your best to compete with the other companies who are selling the same goods and services. One of the best ways to do this is through Facebook ads.

Creating the right Facebook ads sounds easy, right? Actually, it’s not. Face it –people don’t go on Facebook to buy stuff. They go there to socialize with their friends. So when you’re creating an advertisement for Facebook, keep in mind that you’re wrestling it out with other things that your target audience finds interesting. So how do you make sure your ad stands out?

Here are some tips to keep in mind when creating an advertisement for Facebook:

A typical ad on Facebook has copy that is fewer than 135 characters. You want to catch attention by going straight to the point or pairing your image with a witty tagline. One hair salon that created an advertisement for Facebook discovered that fielding an edgy and irreverent ad increased its customers by 20 percent.

You can do this with a catchy tagline AND a good photo. What they say is true: “A picture speaks a thousand words.” Use an image that merits a second look and you’ll get people clicking the “Like” button. Be careful, though, with images that border on risqué or lewd when creating an advertisement for Facebook or your ad may get rejected.

The bad news is that Facebook has more than 500 million registered users. How do you advertise to all of them? The good news is that you can target your audience based on their interests. This will make your campaign more successful. For example, if you’re promoting a new coffee shop, you might want to target people who live within the area. You can also reach out to people who have “liked” or expressed interest in coffee or other coffee brands.

Whether you’re placing a traditional ad or a Facebook ad, it always pays to test. For example, one restaurant group placed two ads on Facebook—one targeting women and another that targeted both sexes. The advertiser discovered that targeting women enabled them to gain 1,000 new fans in two weeks.

Now that you know a little more about creating an advertisement for Facebook, you’re ready to make your first ad. If you have done traditional advertising in the past, some of the wisdom that you carry with you may not be applicable to Facebook advertising, so it always pays to test your ads. If your ads don’t get a lot of “likes,” don’t be discouraged. Not everyone will get it right the first time. What’s important is that you learn from the first try and apply your newfound knowledge to the second in order to improve your advertising strategy.

Not comfortable with creating Facebook ads yourself? Why not let us help you with that? Contact us here to find out what we can do for you to help you with selling more through Facebook.